Uterine fibroid embolization (UFE) costs less and requires less time in the hospital compared to hysterectomy. Despite these benefits, UFE is severely underutilized in the United States, especially in rural areas. A recent review of hospital data from 2012 and 2013 presented at the Society of Interventional Radiology Meeting this March reported that compared to 167,650 women who underwent hysterectomy, only 2470 had a UFE. Only 0.4% of the UFE’s were performed in rural hospitals, indicating that this minimally invasive technique is still not easily available to women who get their care in rural areas and smaller hospitals. It’s important for women to know their options when it comes to treating uterine fibroids, especially when UFE has these benefits and allows a woman to keep her uterus.

Why Is Fibroid Embolization Underutilized Compared to Hysterectomy?

The first answer is that doctors are taught in medical school that the uterus is a disposable organ. Once a woman is finished having children, if the uterus causes any problems, doctors are often taught that it should be taken out. The presence of the uterus allows the possibility of a woman developing cervical cancer or endometrial cancer.

Performing a hysterectomy removes those risks. If the ovaries are removed as well during the hysterectomy surgery, the risk of ovarian cancer is also eliminated. If that thought process were extended to other anatomy, doctors would recommend double mastectomy after a woman finished nursing her children. But breasts are too popular for doctors to consider such a radical suggestion. Can you imagine the public outcry if a doctor recommended taking out the testes after a man was finished fathering children? After all, it would eliminate the risk of testicular cancer.

Putting this aside, the next reason that UFE is underutilized compared to hysterectomy is that most gynecologists simply don’t think of it. They are trained to perform surgery, and they think it is the best option for you. The thought of recommending another treatment option does not cross their mind. It’s not until a woman says she does not want to have surgery that the gynecologist starts thinking about other fibroid treatment options.

Remember to Ask for Uterine Fibroid Embolization Instead of Hysterectomy

Many gynecologists have heard about UFE but are unsure how well it works. Until they have a patient that has had the procedure and can tell them how great she feels afterward, they are going to be reluctant to recommend UFE as an alternative to hysterectomy. 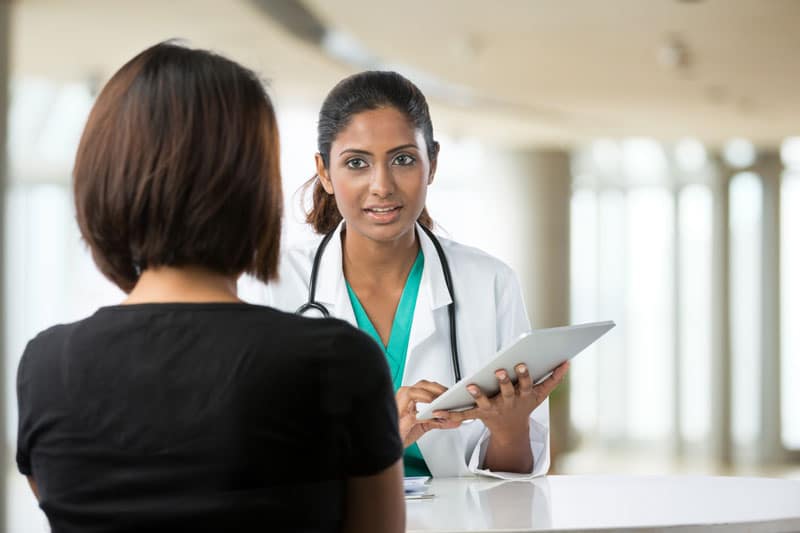 If a woman with symptomatic fibroids says she will not have surgery, and the gynecologist does not offer another option, the patient may decide to find another doctor. Alternatively, the gynecologist may recommend a nonsurgical option, of which UFE is the best. If a woman knows to ask for UFE, it is much more likely the gynecologist will refer her to an Interventional Radiologist, the kind of doctor that performs the procedure. In that case, the woman can avoid surgery, preserve her uterus, incur less cost, have a shorter recovery time, and maintain a good relationship with her gynecologist.

So remember: Ask for UFE as an alternative to hysterectomy.

Our fibroid specialists in the Dallas Fort Worth metroplex will take the time to answer your questions about fibroids and UFE. If you are suffering from fibroids, please schedule an appointment for a telehealth or office consult. One of our specialists can advise you. Or, complete the form below for a 15-minute free phone screening to determine your eligibility for non-surgical fibroid treatment.